Selenium with C# Training that can change your career chart. Get Certified in Professional Selenium Automation Testing with our Selenium tutorial. One – One instructor led online training and the objective is to advance the student in to a SDET (Software Development in Engineer in Test) and to build the student profile with comprehensive qualities as per the industry standard to secure a role as SDET.

Course is structured in line with the career progression level of a functional SDET and the course aims to taught and practice all these levels in an emulated real time environment in a hierarchical way as represented below.

Basics of HTML and CSS and Java. After getting accustomed to the language’s basics and standards, we move on to its advanced level (libraries and frameworks).

With advanced programming knowledge under the belt coming to automation tools and technologies, we pick up open-source, popular automation tool that builds up the profile of the student as well helps them to perform automation at the UI layer and the API layer. At present, for this course, UI automation is done using Selenium Web Driver, the libraries which have useful APIs and good community support are Junit, TESTNG, Cucumber BDD and Allure. Here we aim to create an automation framework from scratch using Builder and POM as design patterns and learn the core techniques of UI automation like locating elements using different locating strategies and performing actions. For Mobile UI automation integrate Appium into the same framework

Once learned how to automate things using various automation tools, we learn a version control system (preferably Git). As an SDET, you will be writing, managing, reviewing, and modifying a lot of source code. Parallelly, Student opens a GitHub account, create public repositories in it, and push the automation side-projects to showcase the automation, coding and framework designing skills to the world.

With all the necessary tools and technologies in toolkit now, we extend the learning to create frameworks, learn about Design Patterns like POM (Page Object Model, Singleton, Builder in parallel. Also, we study about the Clean Coding practices, Coding Standards, techniques to write high-quality code from various resources.

Practicing integrating the created frameworks into Jenkins/AZURE DEVOPS and run the tests. Finally, we learn about Containerization and Service Virtualization using Wiremock and Docker, Kubernetes.

Are You Not Sure if You Need to Join 3S IT?

Book a Demo Class Now & Decide for Yourself.

Schedule a Call with Us.

Tell us your training needs or your career plans. Our course coordinator will help you decide whether you need to take the 3S IT Training or not. No commitments or compulsions. 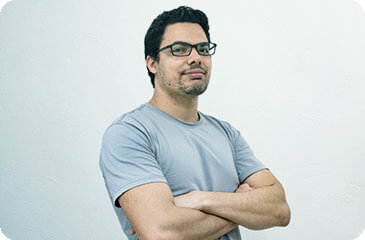